Xavier Artigas (Sabadell, 1980) graduated in sociology and in 2010 set up Metromuster production company to deconstruct the visual codes of activism and redefine nonfiction political filmmaking. In 2011 he directed his first feature No-res, and in 2013 he and Xapo Ortega presented Ciutat morta, one of the most influential films in Catalonia in recent years.

Xavier Quérel (France, 1966) is a Grenoble-based filmmaker who works in different fields of experimental filmmaking, specialising in performance with light and film. He sees a cinema projector as an instrument and has developed his own techniques to play live with the spontaneity of a musician. Alongside Jérôme Noetinger and Christophe Auger, he is one third of Metamkine, an open-ended group that explores the relationship between image and sound. He cofounded the artist-run film lab collective L'Atelier MTK.

Alba Sotorra (Reus, 1980) is a documentary director and producer. Her work focuses on human stories that explore subjects such as freedom, equality and identity through the prism of gender. Her feature-length documentaries include Miradas desveladas (2008), Qatar la carrera (2011) and Game Over (2015).

Jorge Tur (Alcoy, 1980) is a filmmaker, lecturer and coordinator of the Master's Degree in Theory and Practice of Creative Documentary Making at UAB. His films include De función, Si yo fuera tú, me gustarían los Cicatriz and Dime quién era Sanchicorrota. His next documentary will be Si la toma está bien, ¿para qué hacemos otra?. 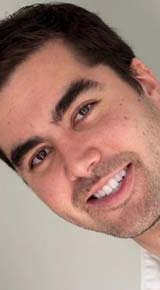 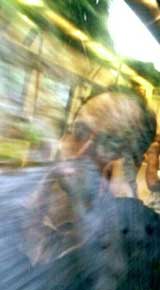 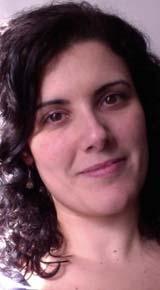 Daniel Arrébola (L'Hospitalet del Llobregat, 1990) set up Apetece Cine, a blog that explores the latest film news, reviews and other aspects of the history of filmmaking and also includes its own radio programmes.

Ignasi Franch (Barcelona, 1979) is a cultural journalist. He writes about the ideology and history of filmmaking, among other aspects, for Diagonal, La Directa and eldiario.es. He is a member of the editorial staff at Transit online magazine. He coordinates the Llibres de contraban blog on the Crític website.

Mariana Freijomil is a lecturer and a coeditor at Cinergia online magazine. She is a member of the editorial staff at La Furia Umana magazine and contributes to the audiovisual analysis website Visual 404.

Àngels Diemand-Hartz (Buenos Aires, 1973) is a screenwriter, lecturer and script analyst. She graduated from ESCAC Film School and wrote the screenplays for the feature films Lo de arriba and lo de abajo (2011), Anónimas (2009) and Myway (2008). She has also worked as a script analyst for Televisió de Catalunya, the Centre for Audiovisual Development at ICIC and Filmax.

Jaume Mateu Adrover (Palma de Mallorca, 1964) is a screenwriter, film and TV director. He graduated in journalism from UAB and has a master's in fine arts from the American Film Institute Conservatory. He wrote and directed the feature film Fuerte Apache (2007), as well as the TV films Falsa culpable (2003) and Con el 10 en la espalda (2003). As screenwriter for the miniseries Barcelona ciutat neutral, he was nominated for a Gaudí Award.

Dani Resnich (Buenos Aires, 1968) is a screenwriter, postgraduate lecturer, producer of transmedia contents and cofounder of Goodmoment, a creative contents agency. He worked on the screenplays for the feature films Asesinato a distancia and El astillero and the documentaries Umbanda and La puerta de las artes. He also wrote the feature film Juan X Inés.