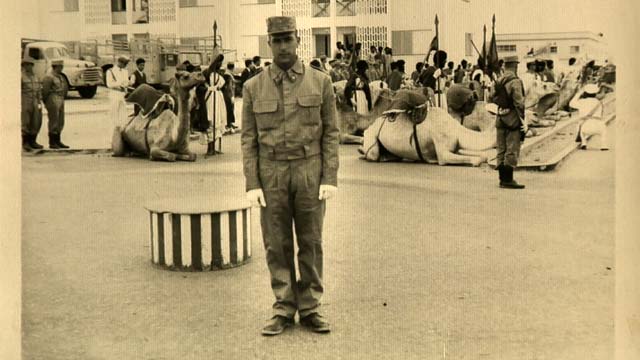 Looking through her father’s diaries and photographs from his military service in Spanish Sahara in 1964, director Pilar Monsell discovered a lost paradise her father has always yearned to regain. As his family unravels, Manuel Monsell starts making fresh trips to North Africa. But his forays end up revealing far more about his place of departure than his final destination.

Pilar Monsell (Córdoba, 1979) graduated in audiovisual communication from the University of Málaga and did a master’s in creative documentary at UPF in Barcelona. She works as a filmmaker, camera operator, editor and teacher. Her films include Pan, trabajo y libertad (2012) and Distancias (2008).