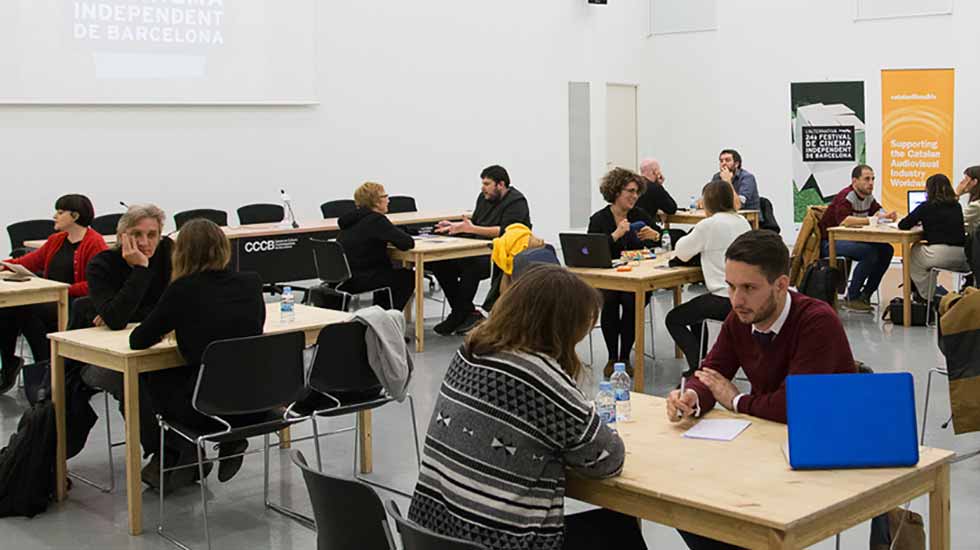 Mentoring Projects is the meeting organised by l’Alternativa Profesionales in collaboration with Catalan Films & TV. It aims to increase production and distribution opportunities for emerging filmmakers by promoting innovative projects and helping the audiovisual industry expand, thanks to the festival’s potential as a platform for raising the visibility of independent filmmaking.

Following our call for projects, four of the eighteen audiovisual projects submitted have been selected to participate in the Project Development Workshop led by Pau Subirós, producer and scriptwriter at El Kinògraf, on 13 and 14 November.

The postproduction and digital effects company Antaviana Films will award a prize for the most original viable project. The winner of the Antaviana Prize will receive €2,500 in cash and a Digital Cinema Package of their film.

The professional film-lighting hire company Kinolux will award the Kinolux Prize to the project shortlisted for the 6th edition of Mentoring Projects whose dossier or teaser features the best design or photography. The prize consists of €1,000 in digital film-lighting material for shooting the film within a year of winning the prize.

L’Alternativa Professionals continues its partnership with Primer Testat REC Tarragona International Film Festival and will enter one of the shortlisted projects at postproduction stage.

The Pitching Dones Visuals Acció Curts Prize offered by Dones Visuals has been declared void, since no project with the necessary characteristics was submitted.

The prizes will be announced at the l’Alternativa Awards Bash on Saturday 17 November.