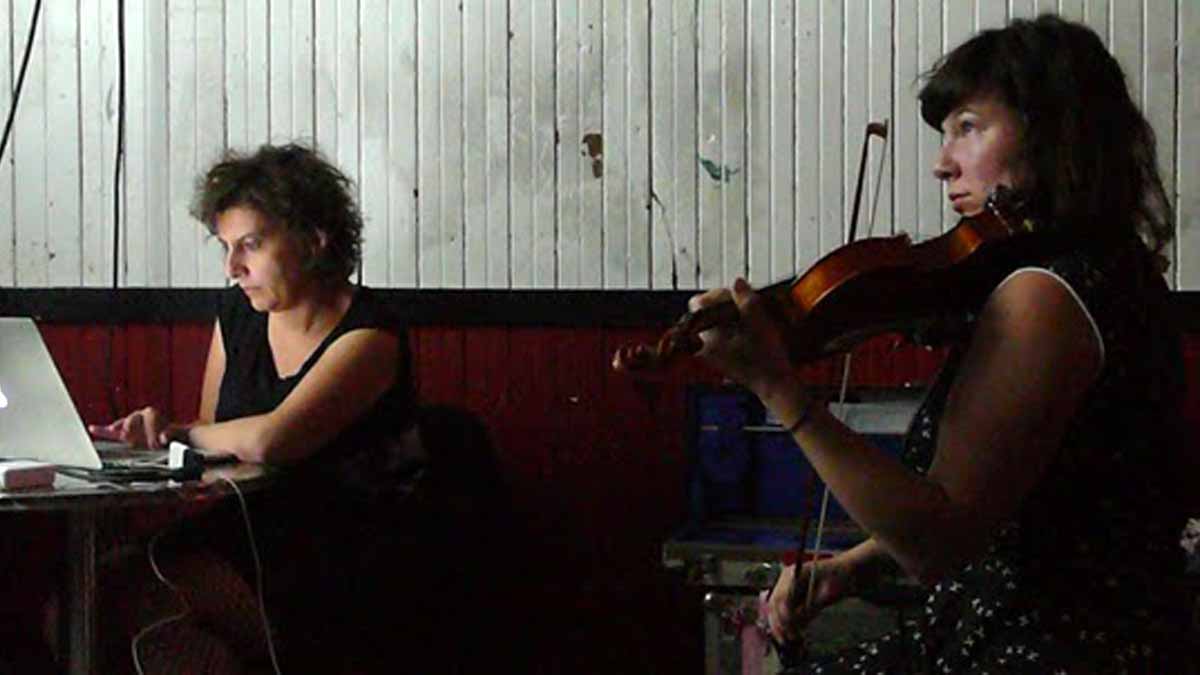 A multihanded audiovisual performance by three outstanding international creators. This live art action explores the links between analogue (16 mm) and digital by creating an amalgam of pictures and sounds, with a strong dash of improvisation. With Sophie Trudeau, violinist with Godspeed You! Black Emperor, and filmmakers Michaela Grill and Karl Lemieux.

Sophie Trudeau (Canada) is a member of acclaimed band Godspeed You! Black Emperor, known for their legendary concerts and cinematic music. They won the Polaris Music Prize in 2013. Trudeau has worked with visual artists on many occasions and her music has featured on several soundtracks. She recently worked with American filmmaker Jem Cohen on his performance We Have an Anchor, which was presented at EMPAC in New York and the Barbican in London, among others.

Michaela Grill (Austria) studied in Vienna, Glasgow and London, and has produced a number of films, sound installations and audiovisual performances since 1999. She sits on the advisory board of Austrian experimental film distributor sixpackfilm. In 2010 she won Best Artist Award for Avant-garde Film from the Austrian Ministry of Education, the Arts and Culture. Her films, installations and performances have been shown at festivals and art centres worldwide, including the Rotterdam Film Festival, Nouveau Cinéma de Montréal, the Austrian Film Museum, the ICA in London and MoMA in New York, among others.

Karl Lemieux (Canada) is cofounder of the Double Negative Collective, a Montreal-based group of film, video and installation artists dedicated to creating, curating and disseminating experimental film. His short films have played at festivals and art centres worldwide, including Views from the Avant Garde in New York, the Toronto International Film Festival, Montreal Contemporary Arts Museum and 25 FPS in Zagreb. His short Ondes et Silence is being screened at l'Alternativa this year.