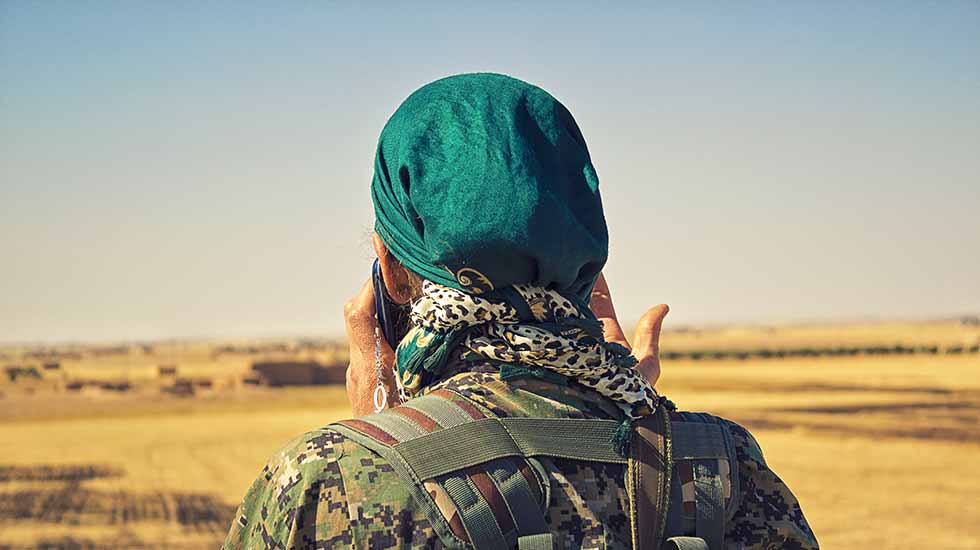 On the barren plains of the Syrian countryside, 30-year-old military commander Arian leads her battalion of women as they fight Isis. For her, the armed struggle is the only path to emancipation from a deeply patriarchal society. At her side, director Alba Sotorra documents the liberation of the city of Kobane and uncovers the reality of life at the frontline. Wounded by five bullets, Arian is forced to deal with the wounds of war, both visible and invisible, and to find new ways to fight for women’s freedom.

Alba Sotorra (Reus, 1980) has lived worldwide, including long periods in the Middle East, especially in Syria, Turkey, Iran and Qatar. Her first film, Unveiled Views (2010), premiered at the Guadalajara International Film Festival and her first feature, Game Over (2015), premiered at Karlovy Vary 2015 and won the prestigious Gaudí Award. Commander Arian (2018) is her second feature.