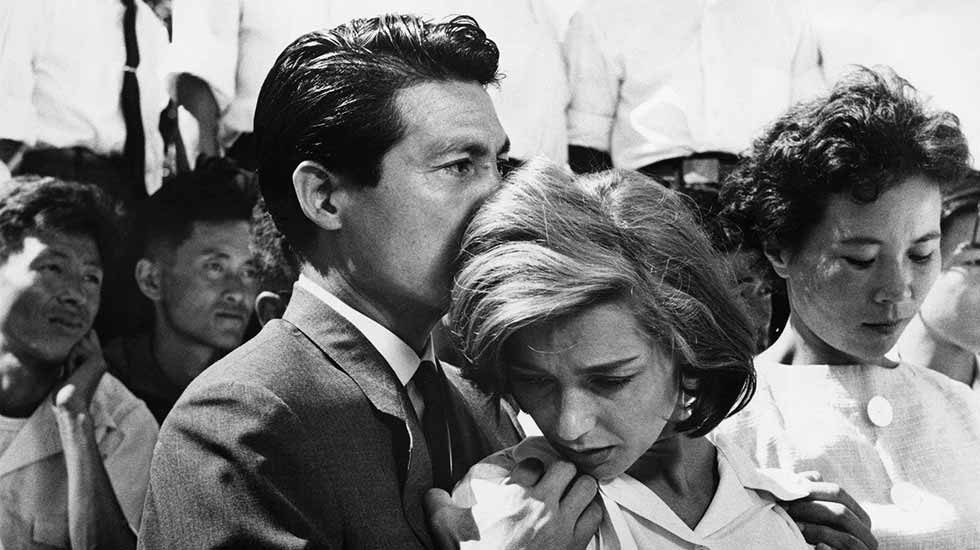 A French actress and a Japanese architect engage in a brief, intense affair in postwar Hiroshima, their mutual fascination impelling them to exorcise their own memories of love and suffering. Alain Resnais's debut feature uses an innovative flashback structure and a screenplay by Marguerite Duras to weave past and present, personal pain and public anguish into one of the most influential films of modern cinema. The film marks Emmanuelle Riva's screen debut, having previously worked exclusively in the theatre. Interviewed in 1959, Riva said, with some foresight: “The film has probably spoiled me because I think I’m now going to be disappointed in anything that follows.”