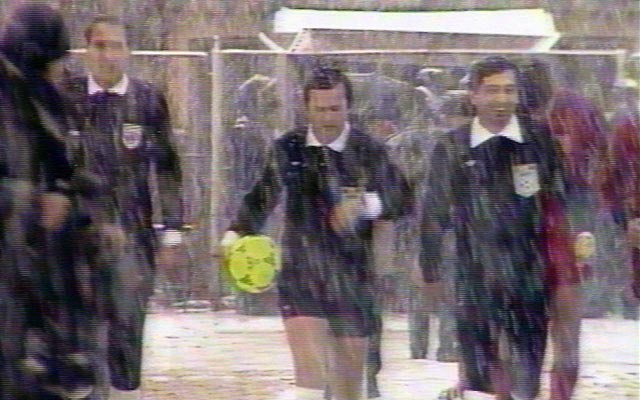 “I was seven. The phone rang. A man told me I had to convince my father to give up refereeing. He said that, if I failed, one day he would come home in a coffin.” As the director and his father watch a 1988 football match refereed by the father, their commentary accompanies the original images, creating a family portrait bridging the past and present through shared reminiscence of individual experience.

Corneliu Porumboiu (Vaslui, 1975) studied directing at the University of Drama and Film in Bucharest. His features include 12:08 East of Bucharest (2006), which won the Caméra d'Or at the Cannes Film Festival, and Poliţist, Adjectiv (2009), which won the Feature Film Award at l'Alternativa 2009.