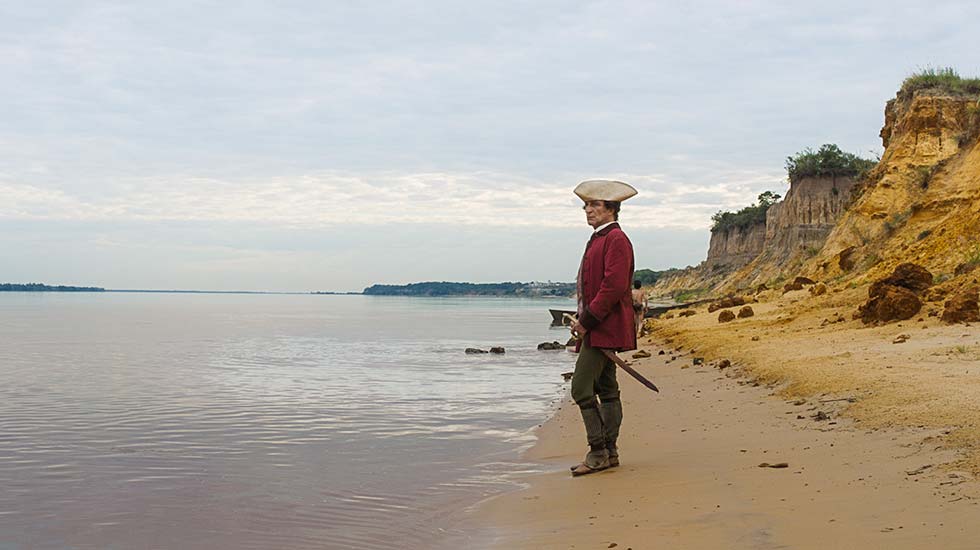 Lucrecia Martel’s eagerly awaited new film, Zama, inspired by Antonio di Benedetto’s novel, will open the 24th edition of l'Alternativa. We are delighted to host the Catalan premiere of this highly acclaimed film, which won plaudits from all quarters when it was presented at the Venice Film Festival earlier this year.

In a remote South American colony in the late 18th century, Zama, an official of the Spanish crown, is hoping to receive a long-awaited promotion and transfer to a more prestigious posting. In the meantime, the endless political humiliations and pervasive scheming grind him down and he gives himself over to his desires and paranoia. When he decides to hunt down a dangerous bandit and make a name for himself, failure frees him from waiting.
“I want to go back in time as irreverently as we go forwards. I didn’t try to research historical events or recreate authentic tools, because Zama eschews those kinds of pretentions. I delved into a vast, barely comprehensible world that was still teeming with animals, plants and men whose bodies were daubed in paint. A world that was swept away before it could truly be known and which therefore remains alive in our frenzied imagination” (Lucrecia Martel).

Lucrecia Martel (Salta, Argentina, 1966) is one of contemporary cinema’s great creative voices. Her elliptical style and subtle narrative minimalism have won her critical acclaim as a prodigiously talented filmmaker. She studied communication at the Escuela Nacional de Experimentación y Realización Cinematográfica in Buenos Aires and was soon directing her first shorts. She then worked on a series of TV documentaries before making her debut feature, La ciénaga (2002), which premiered at the Berlinale. Her following two films, La niña santa (2004) and La mujer sin cabeza (2008) were screened in the international competition at Cannes.

In 2015 l'Alternativa put on a Lucrecia Martel retrospective.