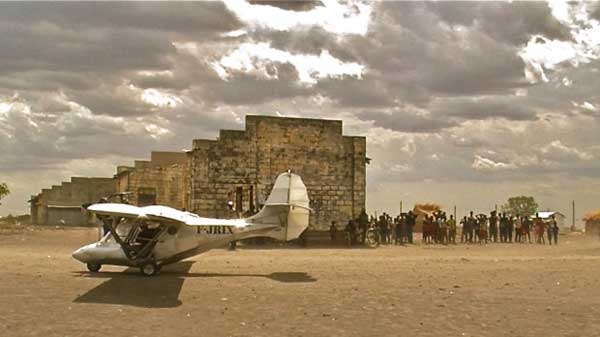 «The 10 year gap between Darwin’s Nightmare and We Come As Friends is extreme because, first of all it’s a way of life and it’s a long haul – the thinking process and money and financing … But this gap was extreme because I had to get rid of many very threatening forces against me after Darwin’s Nightmare. I couldn’t really believe what was happening to my life. The film became very successful after it won a bunch of awards and got nominated for an Oscar and all that. It was the worst thing that ever happened to me. I suddenly I got this exposure so all these wrong people saw my film. These are powerful people- gun runners in Africa and so on. They decide to go after not only me but also people in the film. They were persecuted and imprisoned and had death threats and lawsuits from very dubious groups of people who had a lot of money. So my life was literally upside down – I had to get people out of the county.» (Hubert Sauper @ Twitch Film)

«I think what you really search for, as an artist, is to produce a piece of art or film that makes you experience life. It’s life experience—two hours of pure life. And in life you see a lot of things that don’t have subtitles, and don’t have explanations. You just see them and you don’t see the context, and the whole parcel of it makes you grow up and not be a child anymore, gives you a whole picture of the world. If it does that kind of thing in a concentrated way, in a movie, then I think that is what I’m looking for.» (Hubert Sauper @ Film Comment)

«First of all, I am European and not many Europeans go to Africa unless they bring the word of God and want to rape the country and steal the land – this is the unilateral kind of relationship of the last hundreds of years. My latest film is about that: how do you decide to destroy, dominate and possess other lands and cultures. The psychology of it is the theme of We Come as Friends – and this is the most profound lie in our civilisation.» (Hubert Sauper @ Senses of Cinema)

«I am a bit anarchist-like getting to places, and a joker, striking up relationships with people and getting close to situations. In We Come as Friends the key questions were: “How to get to Chinese oilfield? How to get to the Libyan airbase?” There is no way to get there, unless you fall from the sky. So I had to build this airplane to get there. But, of course, apart from being a mode of transportation, it is like a Trojan Horse, like a bluff.» (Hubert Sauper @ Senses of Cinema)

«Darwin’s Nightmare and We Come as Friends are very conceptual films. People may think it is just this guy who travels with the camera and just switches it on when things happen. But alot of what is shown is premeditated – in the sense that I know from many years of experience that if I find myself in a radio studio with a corrupt politician, he is going to say something that is going to be great for the film.» (Hubert Sauper @ Senses of Cinema)