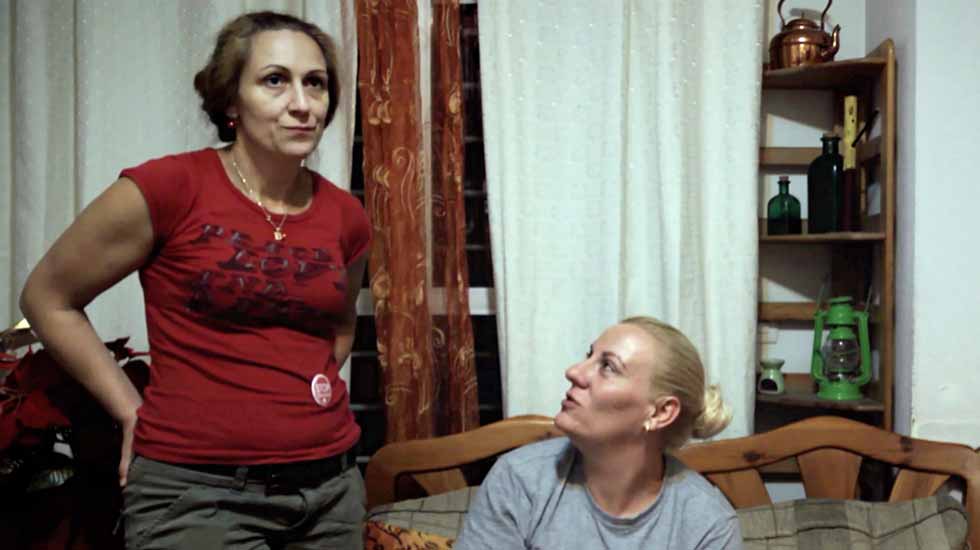 It’s 2013 and the government is selling off thousands of state-subsidised flats to overseas investment funds. In La grieta, two women in Villaverde, a working-class neighbourhood in Madrid, try to hang on to theirs. A direct, dramatic and often humorous insight into two families who refuse to leave their unique community, well aware that what’s at stake isn’t just the roof above their head but their very identity.

Irene Yagüe (Madrid, 1984) graduated in journalism from the Universidad Complutense de Madrid. For three years she wrote for several media organisations from Guatemala, where she also worked as a researcher. She soon discovered an interest in filmmaking and worked on cinematography and production for Katia Lara’s documentary Quien dijo miedo (2010). In 2011 she worked on Rodolfo Espinosa’s fiction feature Aquí me quedo.
Alberto G. Ortiz grew up in Egypt and Ecuador before returning to Spain. He graduated in economics from the University of Edinburgh. He combines several jobs with making documentary and experimental films, including A ras del suelo (2006) and Los Ulises (2011).