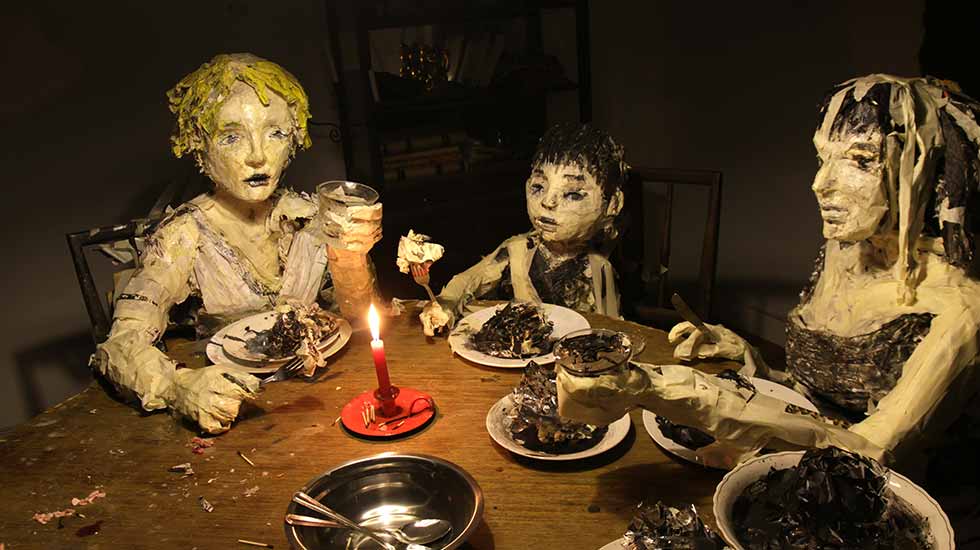 María finds refuge in a house after escaping from a sect of German religious fanatics in Chile. She is welcomed inside by its only inhabitants: two pigs. Before long, though, the house begins to react to the young woman's feelings. The animals slowly turn into humans and the house becomes a nightmarish world. Inspired by the infamous case of the Colonia Dignidad, in central Chile, La casa lobo is a strikingly creative fairy tale steeped in folklore and crafted out of remarkable stop-motion animation.

Cristóbal León and Joaquín Cociña (both born in Chile in 1980) have been working together since 2007. They studied at the Universidad Católica in Santiago de Chile. Their work is frequently exhibited in museums and biennials througout Latin America but has also been presented at venues such as the Whitechapel Gallery, Guggenheim Museum and Venice Biennale. They set up the film production company Diluvio with Niles Atallah. La casa lobo, their first feature, was produced as a nomadic, work-in-process art installation at several different public locations such as museums, cultural centres and art galleries.