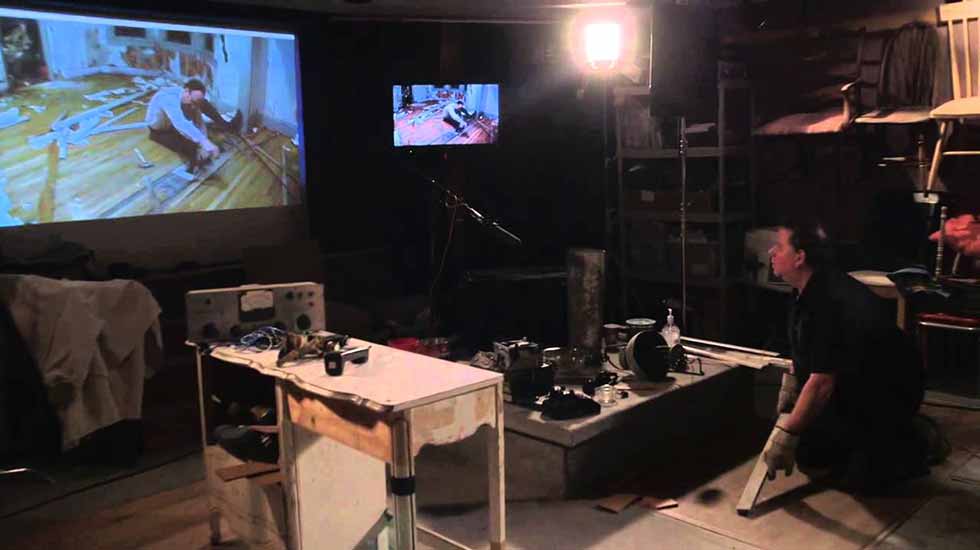 A single-shot, choreographed portrait of the Foley process, revealing multiple layers of fabrication and imposition. The circular camera path moves us inside and back out of a Foley stage in Burbank, CA. While portraying sound artists at work, typically invisible support mechanisms of filmmaking are exposed, as are, by extension and quotation, governmental violations of individual privacy. The scene being foleyed is the final sequence from Coppola's The Conversation.