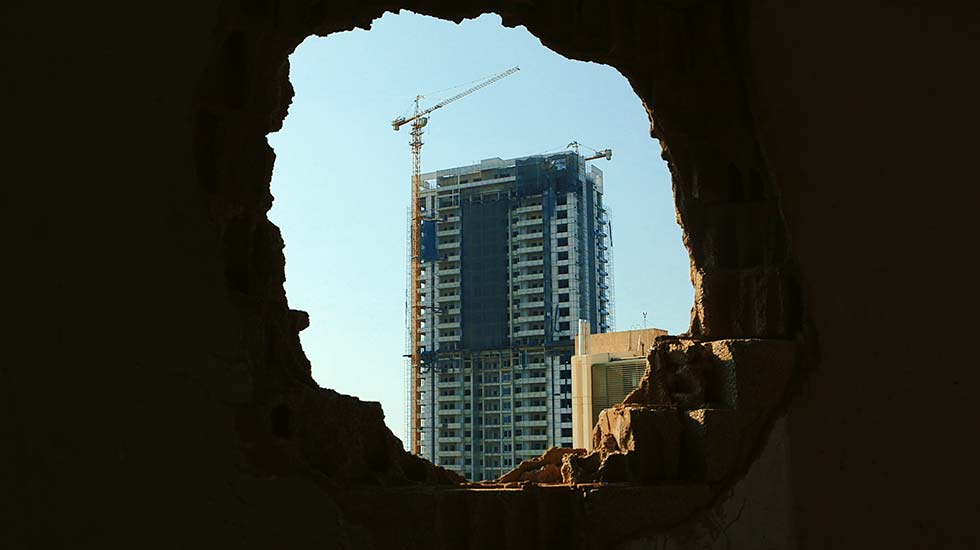 In Beirut, Syrian construction workers are building a skyscraper while, back over the border, their own houses are being shelled. The Lebanese war might be over, but the Syrian one still rages on. Cut off from their homeland and subject to the government's nighttime curfew on refugees, they gather to watch the nightly news from Syria. Tormented by anguish, and deprived of the most basic human and workers’ rights, they keep hoping for a different life. A portrait of workers in exile and an empathetic encounter with people who have lost their past and their future, locked in the recurring present.

Ziad Kalthoum (Homs, 1981) studied filmmaking in Syria, where he made the medium-length film Oh My Heart (2009) and the feature film Immortal Sergeant (2013). In 2013, after defecting from the Syrian army and refusing to fight against his own people, he fled to Beirut and began filming Taste of Cement.