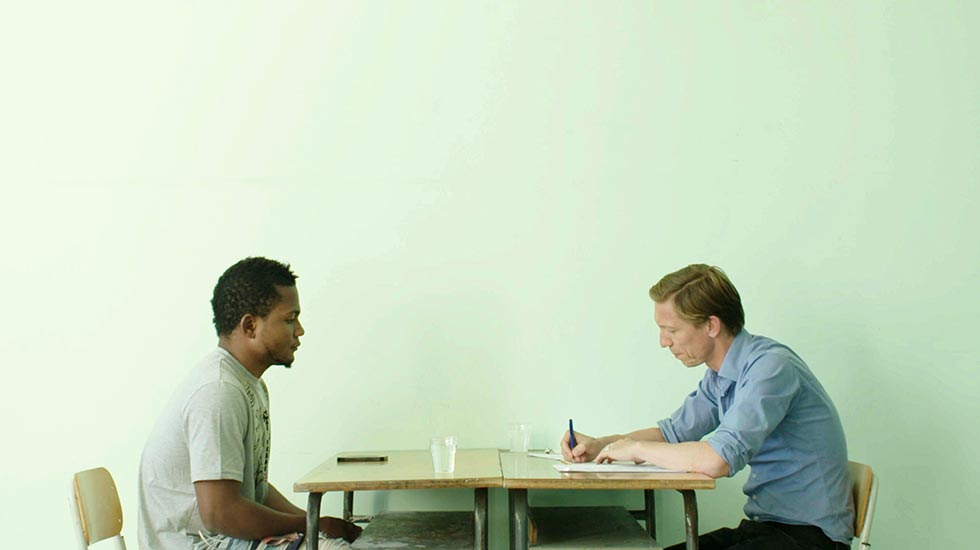 In class, newly arrived refugees learn a lesson about multifaceted Europe. The European view of the refugee crisis is explained in a three-act drama. Operating at the intersection of fiction and documentary, Stranger in Paradise shows where refugees’ dreams clash with reality and forces us to think hard about our own position and the mechanisms through which Europe tackles this situation. An unflinching reflection on the power relations between Europeans and refugees.

Guido Hendrikx (1987) studied liberal arts and sciences in Utrecht. Following his debut short, Day is Done (2010), he studied documentary direction at the Nederlandse Filmacademie. He presented his short film Escort (2013) at l'Alternativa. Stranger in Paradise is his debut feature.