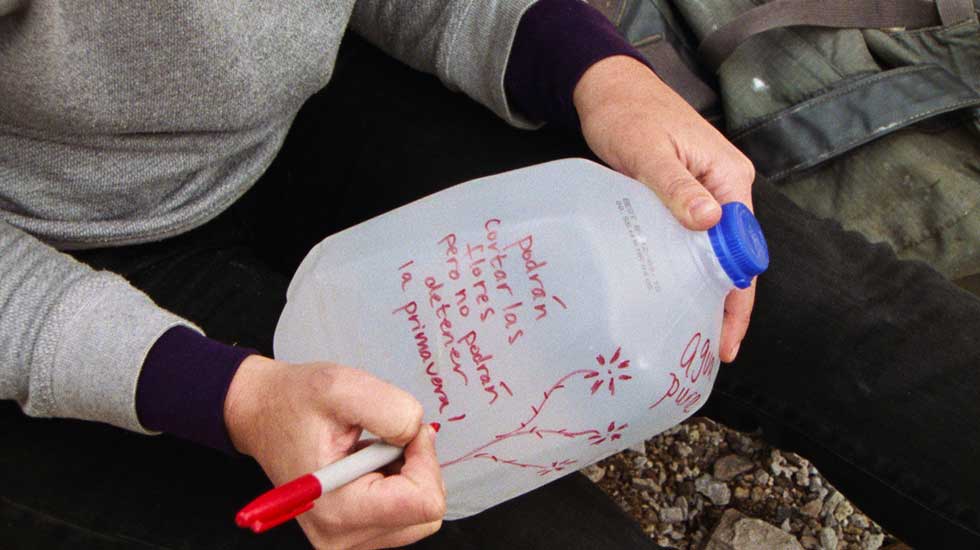 A timely and mesmerising portrait of place, this lyrical film is best described as being from, rather than about, the Sonoran Desert. Straddling the Mexico–United States border, this desert is one of the most politicised terrains in the world. As undocumented immigrants attempt to make the crossing, their traces and remains accumulate, fade, decompose and become inscribed into the topography of the landscape. A cinematographic exploration of the desert habitat.

Joshua Bonnetta (Canada, 1979) is an interdisciplinary artist working with analogue film and sound in Ithaca, NY, and New York City.
J.P. Sniadecki (Michigan, 1979) is a filmmaker and anthropologist who teaches in the Documentary Media program at Northwestern University. His films include Yumen (2013), People’s Park (2012), Foreign Parts (2010) and The Iron Ministry (2015), which won the Feature Film Prize at l'Alternativa 2015.