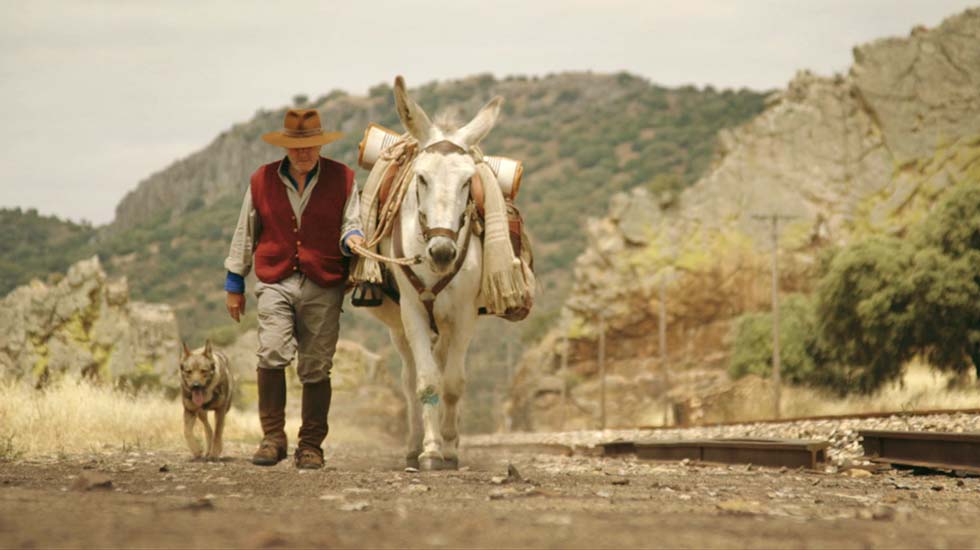 Manolo leads a simple life in Andalusia with his two loves: his animals, in particular his donkey Gorrión, and his walks through nature. Against the advice of his doctor, he decides to plan one last trek in the US: the brutal 2,200-mile Trail of Tears. But not without his donkey. The small matter of shipping a donkey, Manolo’s chronic arthritis and Gorrión’s fear of water are merely minor obstacles to overcome. As their adventure continues, Manolo’s friendship with his animals strikes a beautiful balance. Will they find the American West? More importantly, will they be able to see life as it is and not as it should be?

Chico Pereira (Almadén, 1979) made several short fiction films before moving towards documentary. As part of his research for his MFA in Advanced Film Practice at Screen Academy Scotland, he started devising minimalist narratives inspired and performed by real-life characters, resulting in his award-winning debut feature, El invierno de Pablo, screened at l'Alternativa 2013. He is currently studying for a PhD in Social Anthropology and Ethnographic Film at the University of Santa Cruz, California.