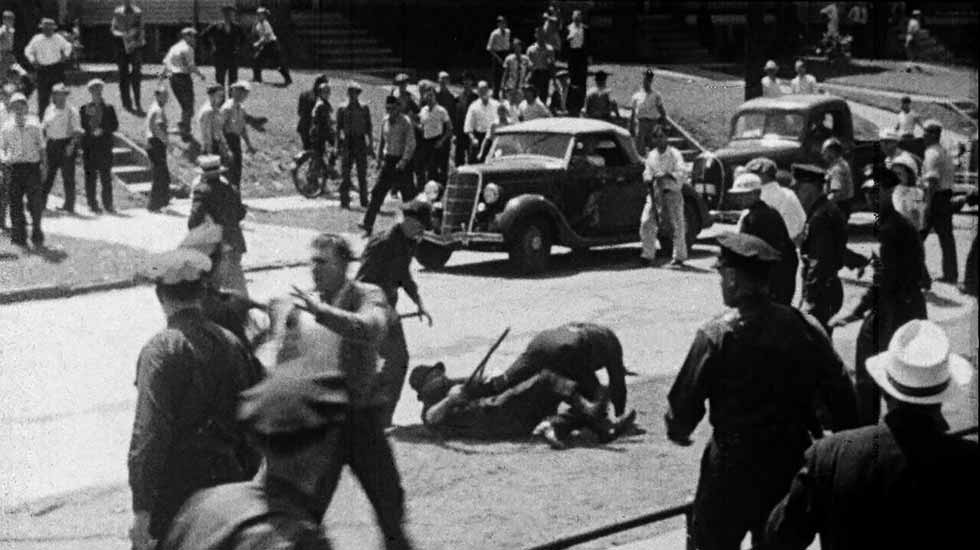 The life of anarchist Emma Goldman—viewed at the turn of the 20th century as “the most dangerous woman alive”—and her relationship to the history of protest. Goldman’s fight for social justice encompassed issues that remain urgent today, and the film’s overlapping of past and present, contemporary footage, archive and re-enactment, exposes the continuing conflicts between labour, property, revolutionary purity and personal freedom, highlighting the continuing relevance of her struggle and the anarchist political philosophy she developed.

Abigail Child is a media artist and writer whose work since the 1980s has examined gender, public space and the awkward drama of the everyday, often exploring strategies for rewriting narrative and using archival material to examine the past. Her films B/Side (1996) and The Future Is Behind You (2005) were both screened at previous editions of l'Alternativa. She has written five books of poetry and created installations for museums and galleries worldwide.