A Fábrica de Nada (The Nothing Factory) 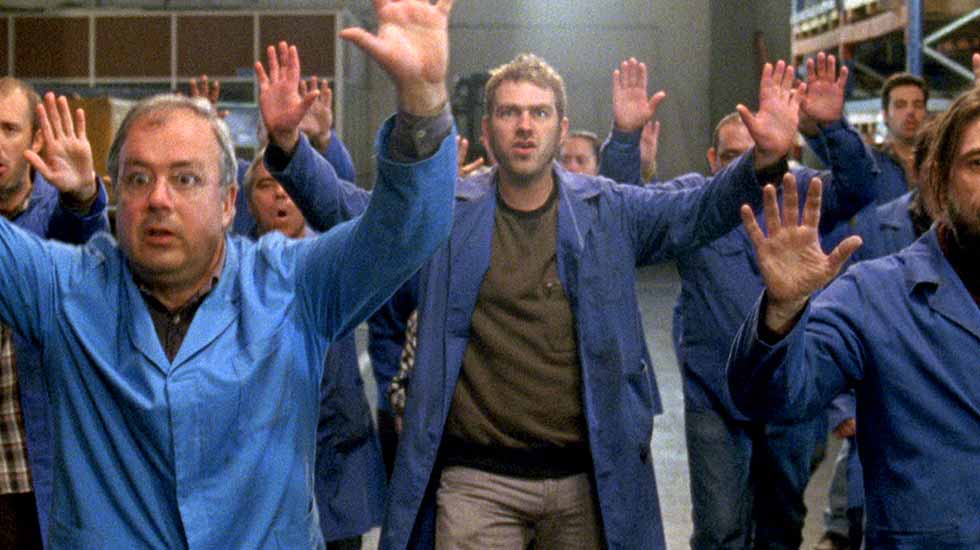 When workers at a Portuguese lift factory discover that the management has been removing machinery under cover of darkness, they start suspecting that their jobs might soon be on the line. This sets the stage for a battle of wills when most employees refuse to cooperate with the ensuing negotiations and instead start to occupy their workplace. Then, to their great surprise, the bosses suddenly vanish and they are left with a half-empty factory on their hands. Naturalistic with an eye for wryly comic detail, this very contemporary film observes how, when one's world begins to collapse, new desires start to emerge.

Pedro Pinho (Lisbon, 1977) studied at the Escola Superior de Teatro e Cinema in Lisbon and the École nationale supérieure Louis-Lumière in Paris. He completed postgraduate courses in directing and screenwriting at the London Film School and the Fundação Calouste Gulbenkian. In 2000 he teamed up with five fellow filmmakers to set up the production company Terratreme Filmes. His films include Bab Sebta (2008) and The End of the World (2013). La Fábrica de Nada is his first fiction feature.