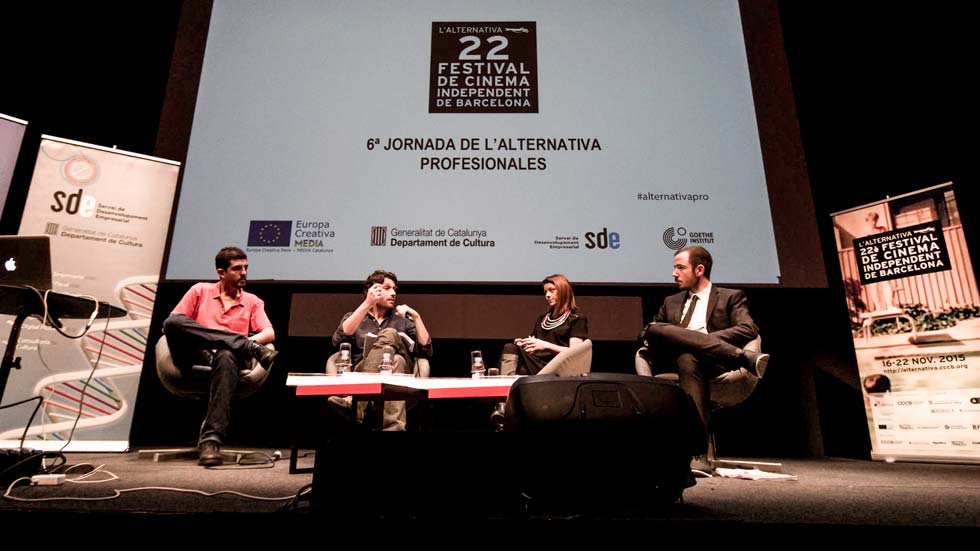 There will be a live audio stream of the Tomorrow's Cinema debate from the CCCB Theatre in Barcelona between 11.30 am and 1.30 pm on Friday 18 November. You can also follow the debate on Twitter using the hashtag #ECQVdebate3. A 1-hour summary will be broadcast on Radio 5 on Tuesday 29 November at 1.05 am and, as always, you can listen to the whole debate on the same day on the ECQV podcast webpage.

Welcome by Francisco Vargas, director of the audiovisual department at the ICEC

THE IMPACT OF ART AND THE ART OF MAKING AN IMPACT 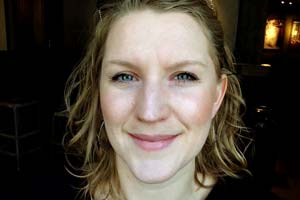 Rebecca Ashdown (London) | Freelance impact producer
Passionate about the power of film to inspire and fire the imagination, spark dialogue and debate and make an impact on global social issues, Rebecca Ashdown specialises in using art to bring about social change. She led Amnesty International’s campaign for Pablo Larrain’s film No, in collaboration with Network Distribution and Picturehouse Cinema, and coordinated the impact strategy for documentaries such as Planetary and The Hunting Ground for Together Films. She has worked for the British Film Institute, BBC Media Action and the Toronto International Film Festival.

By analysing real-life cases, she will talk about the steps to take to build an effective distribution campaign that makes a real impact, based on the basic concepts of context, the filmmaker’s commitment to the film and the scope of the campaign, as well as making use of audience analysis, relationship management and different forms of distribution.

The ties between cinema and audience have been strengthened thanks to new digital platforms and tools that involve people at different levels. Audiences have taken on a more active role, and spectators want to be been seen and heard. Interest should be driven by audience expectations, which means we need to reach spectators in many different ways to get their attention.

A cinema should be a living space. It’s not only a place to watch films, but also an expanding cultural environment. In an age when we can watch films on many different kinds of screens, there is still the need for places where people can get together, share experiences and create memories. 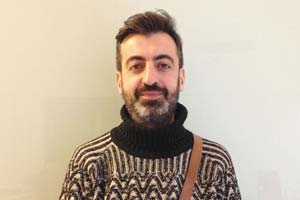 Marc Prades (Barcelona) | Screenly
Marc Prades is a specialist in designing and promoting communication and research projects linked to filmmaking, audiovisual culture and the internet. He teamed up with Alberto Tognazi to create Screenly, a platform that offers filmgoers a different way to experience going to the cinema. This tool turns spectators into event promoters and helps creators, distributors and programmers use the internet as an ally to find their audience and get them involved.

Moderated by Marc Prades, this session will explore how new European strategies for circulating contemporary films manage to attract a loyal audience by embracing new forms of audiovisual expression shared within a community. He will be joined by the following speakers: 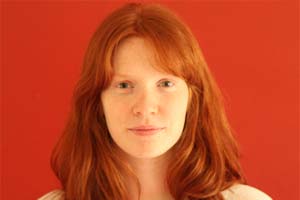 Agnès Salson (Toulouse) | Tour d'Europe des cinémas
After taking a tour of cinemas across Europe, Agnès Salson and filmmaker Mikael Arnal created the Tour d’Europe des cinémas project, which aims to gather together the most innovative ideas and trends for screening independent films. They discovered that up-and-coming cinemas use a wide range of strategies while wholeheartedly embracing digital practices. These cinemas fashion the identity of their location and forge stronger ties with their audiences thanks to their deft use of social media. They make the most of new practices, means and technologies and take film into new, unexplored directions, including virtual reality, videogame theme nights and music video sessions, among others. 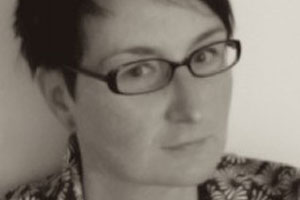 Petra Rockenfeller (Oberhausen) | CICAE (Confédération internationale des cinémas d'art et d'essai)
Petra Rockenfeller has been programming films at the Lichtburg Filmpalast in Oberhausen for ten years. As a member of CICAE, she specialises in films for children. She aims to get children and young people interested in film and to see the cinema as a space for sharing experiences and creating new, life-inspiring ideas.

She will talk about how to get audiences to value a cinema, how to programme films to produce the impact the director sought and how to handle post-screening debates, among other tools for creating filmgoers for today and tomorrow. 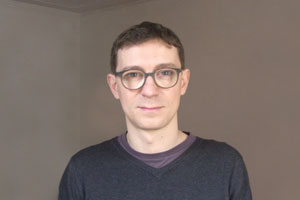 Paolo Moretti (Nîmes) | Festival international du film de la Roche-sur-Yon
Paolo Moretti has programmed films at a number of international festivals, including the Venice and Rome International Film Festivals, and at the Centre Pompidou, Cinéma du Réel, Filmoteca Española and Cinemateca Portuguesa. He is a member of the selection committee for FID Marseille, adviser to the Festival Visions du Réel in Nyon and director of the Festival international du film de la Roche-sur-Yon. He has a very distinctive way of programming films that seeks to strategically combine a popular touch with exploring different forms of filmmaking.

He programmes unique, reflective, no-holds-barred films with a range of narratives that attract both specialist and general filmgoers. At this year’s symposium he will share the secret to attracting a wider audience for sometimes far-from-easy films.

Artistic practices and forms of cultural expression can inspire new pathways and solutions for politicians as they make new laws, plans and strategies. Culture and art are a vital source of energy and social innovation.

Now that we have heard from the experts about programming films, running cinemas and connecting with audiences through films and related activities, it is time to focus on another concern: fewer and fewer films are being shot and produced in Spain and budgets are falling. Bearing in mind the precarious nature of working in the world of creative filmmaking and making film essays, we need to know which questions to ask to get institutions to meet our needs and bring about meaningful change. 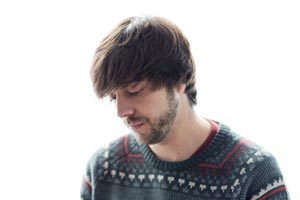 Samuel Alarcón (Madrid) | “El cine que viene” (Radio 5)
Filmmaker and journalist Samuel Alarcón won a grant to study at the Real Academia de España in Rome, where he made his second feature, La ciudad de los signos (2009). He is currently working on the documentary feature Oscuro y Lucientes, with the support of TVE and ICAA. He presents the programme El cine que viene on RNE Radio 5, a showcase for independent Spanish films that might struggle to find a voice on mainstream distribution and screening circuits.

Moderated by Samuel Alarcón, this roundtable will be broadcast live on rtve.es in the format of the debates on his radio programme, El cine que viene. The panellists will discuss the new possibilities offered by contemporary filmmaking, the necessary changes for successful production and screening, and the need to guarantee a space for films that promote art, culture, education, quality and the past and future of our society. Jo Grass (Barcelona) | Altafonte Network
Jo graduated in fine art and formed part of the team that set up the ESCAC Film School, where she was director of studies and ran the master’s and postgraduate courses, as well as teaching audiovisual language, photography and lighting.

She is currently in charge of creating content, setting up new platforms, handling relationships with clients and overseeing development at Altafonte Films, the new film division at the Altafonte Network, a physical and digital distributor of contents that has long championed independent music and is now keen to manage film contents for various digital platforms worldwide. Drawing on the lessons she learnt from seeing how the music industry adapted to the digital world, Jo will share her optimist vision of the future of filmmaking. 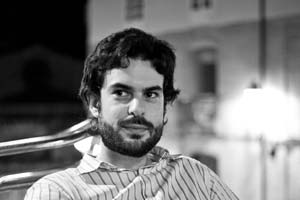 He heads Zeitun Films, a film production company set up in 2009 to support artistic and cultural projects by emerging creators. Their first production, Oliver Laxe’s Todos vos sodes capitans, won the International Critics’ FIPRESCl Award, and their latest film, Mimosas, won the Grand Prize at International Critics’ Week at Cannes. Even though their productions have won international acclaim, making experimental, thought-provoking films is still an endeavour that struggles to obtain public funding. Nevertheless, their films are premiered worldwide and are keenly fought over by festivals. 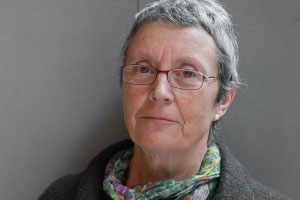 Marta Selva (Barcelona) | Drac Màgic
Marta Selva is a historian and university lecturer. She was president of the Institut Català de la Dona. She works as a political analyst for a number of media outlets and edits the “Pensar el cine” section in Cuadernos de Pedagogía magazine with Anna Solà. She has published several articles on the relationship between teaching and film and between film and the media, TV and advertising.

She was one of the driving forces behind Drac Màgic, a cooperative that aims to equip members with the tools to explore the audiovisual world and offer a space for sharing ideas for education and society at large. In 1993 the cooperative set up the Mostra Internacional de Films de Dones to raise the visibility of female creators and filmmakers, not only as directors but also as trailblazers for debate. She questions to what extent there has been a real, linear evolution in the archetypal characters found in mainstream films, given that certain sectors are more interested in disguising and playing with these archetypes than actually moving beyond them. Jordi Ambròs (Barcelona) | Televisió de Catalunya TV3
Jordi Ambròs is a screenwriter turned director, executive producer and commissioning editor at Televisió de Catalunya TV3. Since 2000 he has been head of Documentary Coproductions and the director of El documental, a weekly programme on social and creative documentaries. He regularly advises different organisations and institutions about documentary making in Spain and overseas as a consultant, judge, lecturer, tutor and panellist.

The falling audience figures for public television are partly due to public television’s reduced investment in its own productions, a symptom of its lack of economic resources. However, we need the support of television to get public institutions to back film productions. Public television was one of artistic filmmaking’s great allies in the face of private television’s promotion of sterile entertainment. How, then, will we be able to carry out the productions they once supported?

At 2.15 pm, the symposium speakers and panellists, the expert advisers for Mentoring Projects and other guests at l'Alternativa will have lunch at La Coromines restaurant, at the CCCB, where tables have been reserved. If you would like to join us, sign up.