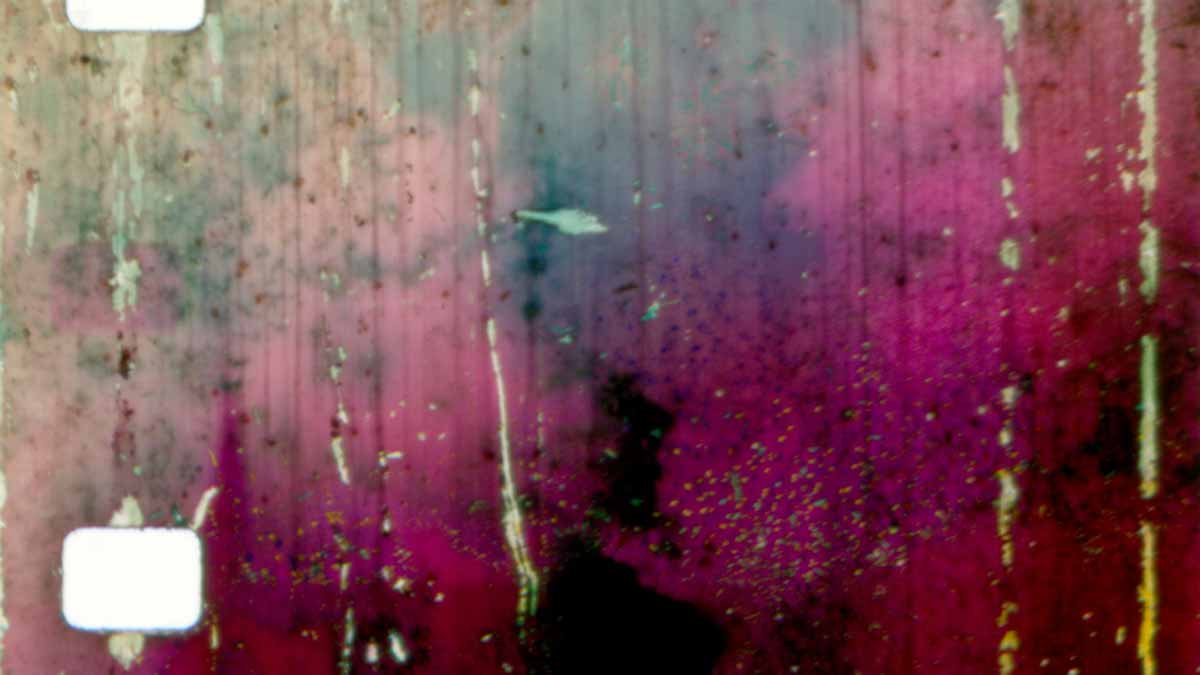 Disappear: cease to be somewhere, cease to exist. It’s been calculated that in Mexico someone disappears every 110 minutes—that’s 13 people a day. No-one really knows how or why. In their search for their loved ones, families find only ash and fragments. This performance explores the idea of disappearance by experimenting with the physical and photochemical and properties of celluloid film. With the images obtained, we will dig deep into the imagination in search of possible traces left behind.

Elena Pardo makes documentaries and experimental and animated films. Since 2007 she has taught young people how to make video and animation projects in several towns in Oaxaca. She has worked on experimental videos with musicians such as Lila Downs and worked as a photographer and editor for visual artists such as Demián Flores and Francis Alÿs. She forms part of Trinchera Ensamble, cofounded LEC and has programmed expanded cinema events in Mexico City, Oaxaca, Puebla and Morelos.

Manuel Trujillo is an experimental filmmaker, visual art and film performer, as well as cofounder of Trinchera Ensamble and LEC. His solo and group films have been screened at a number of festivals and museums worldwide. He has also led art and film workshops at UNAM, Museo Tamayo, UACM and Fundación de Arte Contemporáneo de Montevideo and as part of visual culture community projects.

Alfredo Costa Monteiro is a sound artist linked to many creative and experimental fields. His mostly low-fi work uses a range of different instruments (accordion, record player, guitar, electronic devices, resonant objects and even a simple sheet of paper), and his music explores soundscapes where the volume almost takes on a shape of its own.