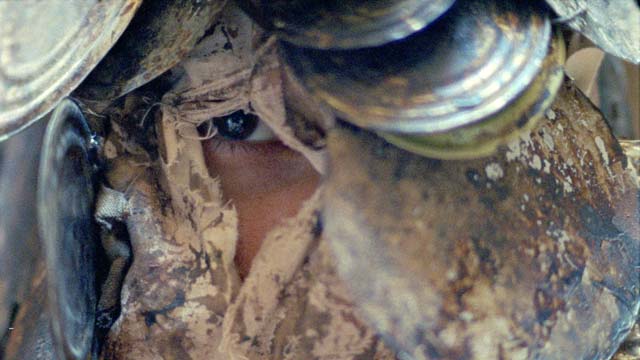 Shot on 16 mm cinemascope against the staggering beauty of the Moroccan landscape, this uncanny film moves between documentary, fiction and fable as narratives and locations collide: a short story by Paul Bowles; behind-the-scenes footage of a film (Las mimosas) being shot in Morocco by Oliver Laxe; and Laxe abandoning the set of his own film to take up another role. As it descends into a hallucinatory, perilous adventure of cruelty, madness and malevolence, it becomes a multilayered excavation into the illusion of cinema itself.

Ben Rivers (Somerset, 1972) studied fine art at Falmouth School of Art. His work has been exhibited at many international film festivals and galleries. His films include Ah, Liberty! (2008) and I Know Where I'm Going and Two Years At Sea, all in competition at past editions of l'Alternativa.