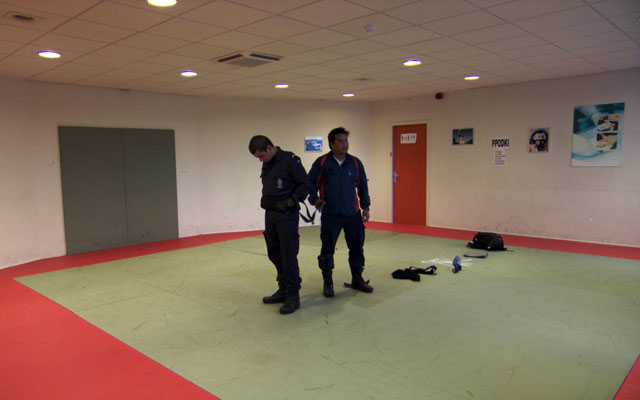 Escort observes the story of young, inexperienced members of the Dutch Border Patrol as they undergo intensive training on escorting refused asylum seekers back to their "homeland".

Guido Hendrikx (1987) studied liberal arts and sciences at the University of Utrecht. In 2010 his debut film, Day is Done, was selected for IDFA and he began studying to be a documentary film director at the Dutch Film Academy.