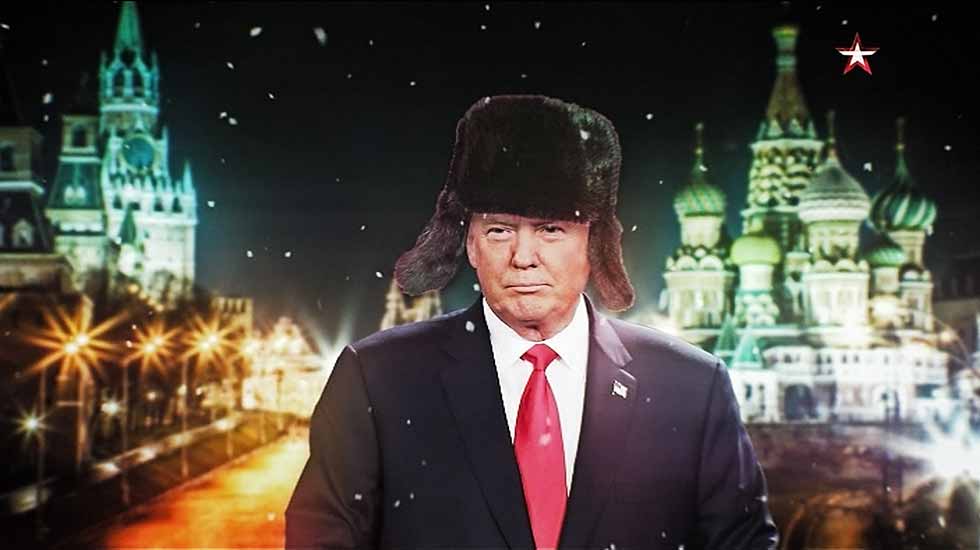 The story of Donald Trump's election told entirely through Russian propaganda. By turns horrifying and hilarious, the film is a satirical portrait of Russian meddling in the 2016 election that reveals an empire of fake news and the tactics of modern-day information warfare. "Sourced from historical archives, TV channels and various corners of the internet, the footage is about as random as it gets. The task of taming the chaos of our source footage was the film’s main formal challenge. When working with found footage, you learn to take authorial control wherever you can find it.... Using every conceivable permutation of sound and image, Our New President is a film that tries to express something true about something false." (Maxim Pozdorovkin)

Maxim Pozdorovkin is a director and producer who lives in New York City. His films include Capital (2011), Pussy Riot: A Punk Prayer (2013) and The Notorious Mr. Bout (2014). His HBO documentary Clínica de Migrantes was nominated for a 2016 IDA award. He holds a PhD from Harvard University and was a junior fellow at Harvard's Society of Fellows.