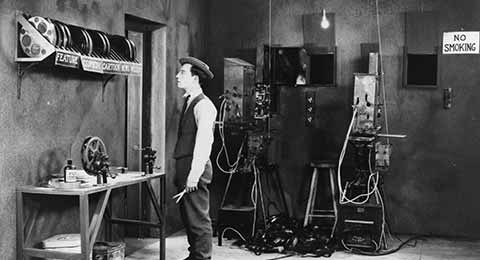 It is in the cutting room that a film finds its final structure, shape, tempo and emotional make-up. Like artisans and sculptors, editors work with raw materials to fashion a film with the fewest possible blemishes. But what exactly is an editor’s craft? What actually happens in the cutting room? How can we reframe this craft for today’s world?

In this session we shall explore the work of an editor from various perspectives to gain greater insight into this vast creative space that plays such a key role in contemporary filmmaking.

Keen to open up part of its programme to the public, the first edition of the Laboratorio Feminista de Creación Documental de La Bonne has organised a roundtable to debate the fate of intellectual property in the digital age, the relevance of traditional copyright and the role of cultural appropriation in artistic creation.

The lab aims to be a space for learning where women can create innovative documentary work supported by top audiovisual professionals.

Moderated by:
Josep Maria Català, Professor of Audiovisual Communication at the UAB

The profusion of ways for making documentaries has blurred the boundaries of contemporary documentary work. In this session, we shall discuss how the internet, augmented reality and artificial intelligence can alter our perception of what it means to film reality and how thinking about these imagination-technology devices can help us find new forms of expression.

To do so, we shall look at three innovative projects that have experimented with these formats to tell new (and old) real-life tales: