Roundtable: The Women’s Revolution in Rojava 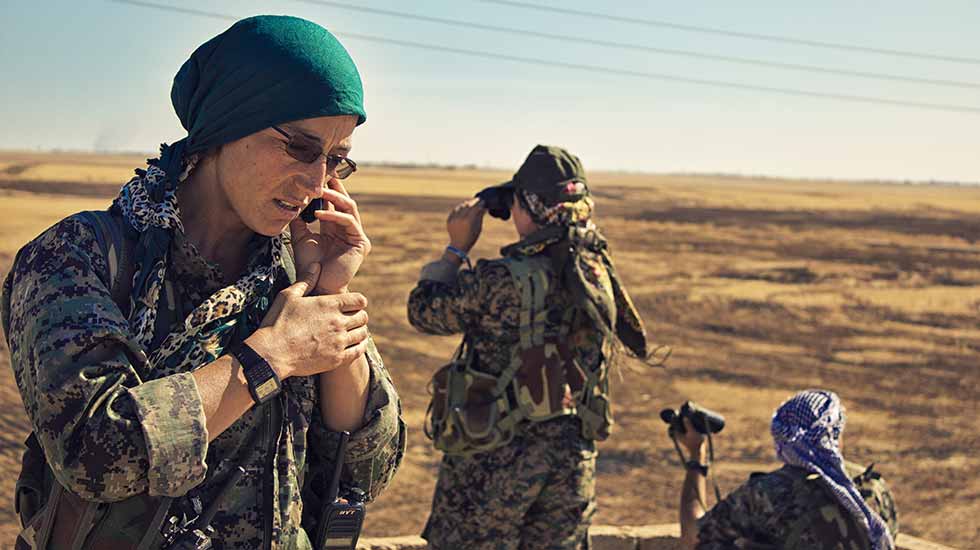 "There is a far-off nation led by women with a dream: to build a free country where men and women can live together as equals."

In 2011 a series of peaceful protests in Syria were brutally crushed by Bashar al-Assad’s regime, leading to a terrible armed conflict. Fundamentalist religious groups such as Daesh (or so-called Islamic State) took advantage of the ensuing chaos to seize vast swathes of land. In the north, the population of Rojava proclaimed themselves to be a self-governing territory based on the ideals of democratic confederalism, which places women at the centre of political change: the first feminist revolution of our time was under way.

As they put their dream of democracy and justice into practice, the women also brought about radical political and social change, the only alternative to the violence of the civil war and dominant male mindset.

This activity ties in with the screening of Alba Sotorra’s Commander Arian, on Sunday 18 November in the CCCB Auditorium.