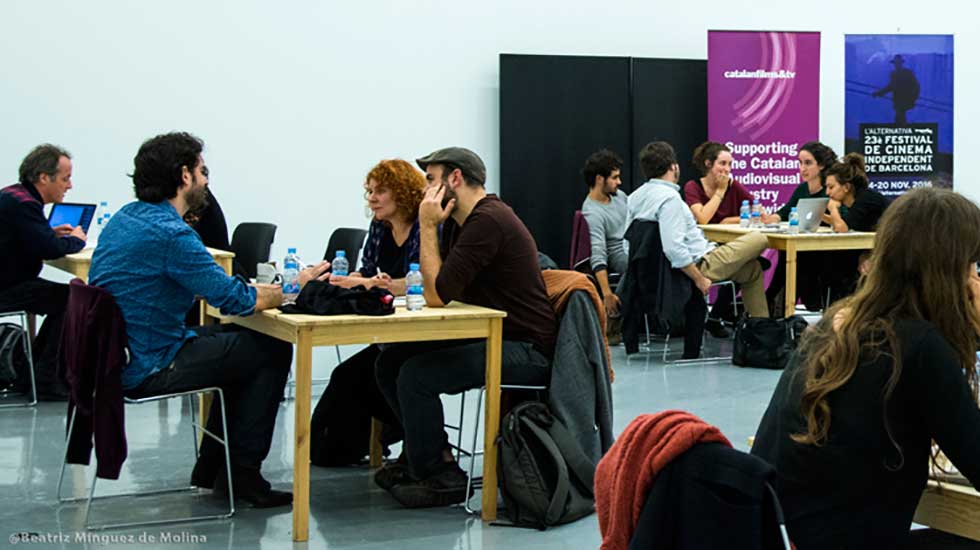 Mentoring Projects is a session organised by l'Alternativa Professionals since 2013 in collaboration with Catalan Films & TV. It aims to increase production and distribution opportunities for emerging filmmakers by promoting innovative projects and helping the audiovisual industry expand, thanks to the festival’s potential as a platform for raising the visibility of independent filmmaking.

Following our call for projects, an expert was assigned to each of the 18 very different shortlisted audiovisual projects at various stages of development, from treatment to postproduction.

With the goal of promoting innovative projects and helping the audiovisual industry expand, the postproduction and digital effects company Antaviana Antaviana Films Films awards a prize for the most original and viable project from all those shortlisted for the 5th edition of Mentoring Projects. The prize consists of a Digital Cinema Package of the winning film (valued at €2,500), including a subtitled version and a hard-disk copy.

This year, L’Alternativa Professionals and Antaviana Films have awarded the Antaviana–Mentoring Projects Prize to the film La casa del artista, by Ione Atenea, for bursting a time bubble and presenting an entire universe within a house, a microcosm where spectators can sneak into Rosita and Antonio’s past lives and ask themselves what will remain of us once we are no longer here.

In addition, continuing its partnership with with REC Tarragona International Film Festival, L’Alternativa Professionals has decided to enter Eugenio Canevari's film Figuras for the Primer Test section at REC. Currently in postproduction, this simple, original and deeply sensitive film portrays the final days in the life of Stella as she battles with ALS.