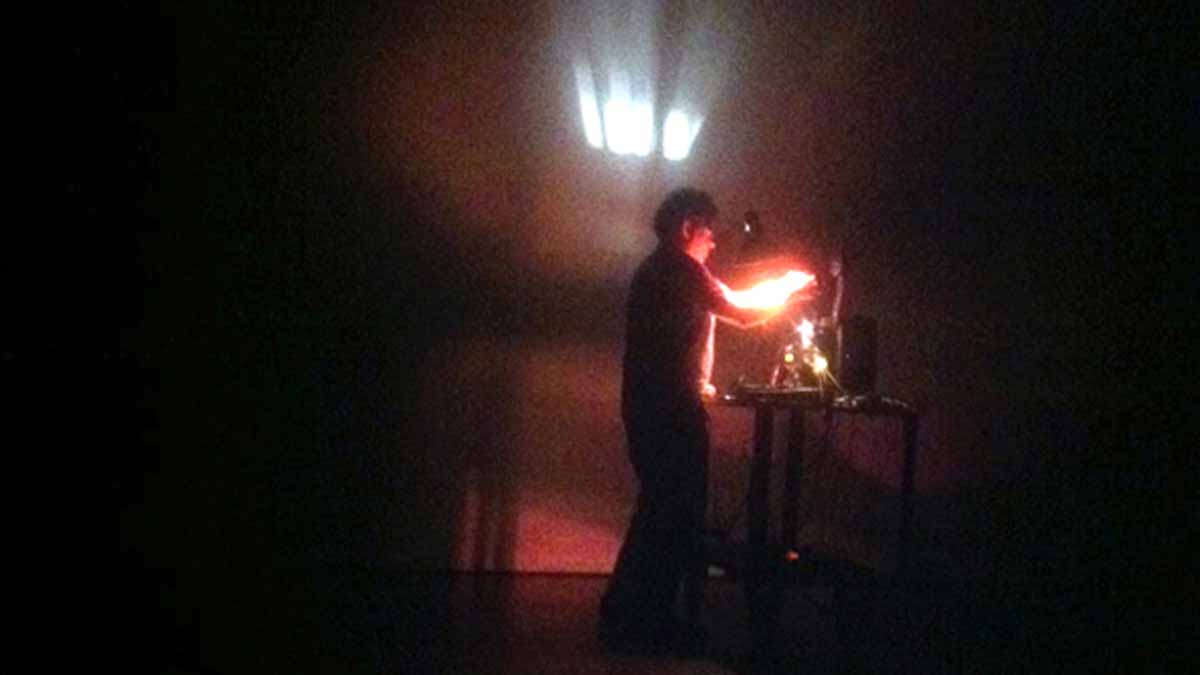 Scoreline is a sound and image performance that uses a 16 mm projector, film and a dark room to explore the mechanisms of celluloid and cinema. A voyage into the cinematic machine. By revealing textures and sounds, the projectionist creates a live soundtrack with visual interaction—an almost choreographed transformation.

Greg Pope is an acclaimed British media artist and filmmaker who currently lives in Norway. He founded the film collectives Situation Cinema (Brighton) and Loophole Cinema (London). Since 1996 and has created expanded cinema performances and installations using 35 mm and 16 mm projectors, as well as experimenting with slides. He has performed at festivals and art centres worldwide, including the Rotterdam Film Festival, San Francisco Cinematheque, Tate Modern and transmediale (Berlin), among others. He teaches at the Oslo National Academy of the Arts and since 2010 has curated The Dream That Kicks, a monthly contemporary film and video programme at the Cinemateket in Oslo.