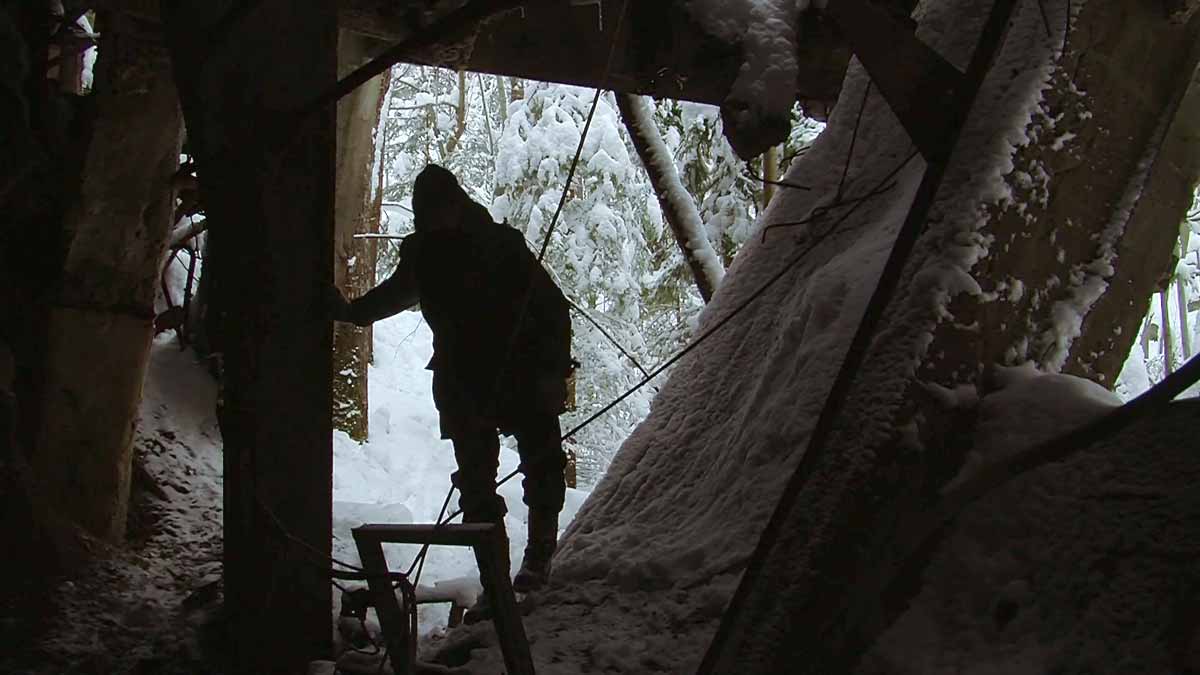 A deserted, snow-covered landscape. An unknown place and time. An anonymous, timeless man slides into a devastated industrial building. He moves forward through shadows and debris, following a ritual as precise as it is cryptic. The past resonates at every step.

Eloy Domínguez Serén (Simes, 1985) studied communication, specialising in film and TV, in Salamanca and Milan and at the University of Barcelona. He has worked as a film critic for Radio Galega and as an editor-in-chief of A Cuarta Parede digital magazine. His films include Ingen ko på isen (2015), which was awarded the GAC Screenplay Award at l'Alternativa last year.