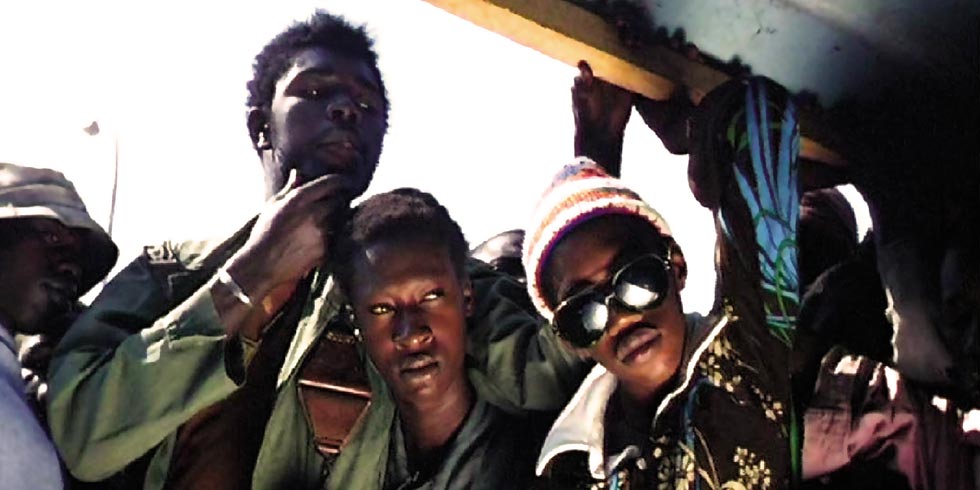 Djibril Diop Mambéty (1945-1998) is one of the most personal directors from Senegal, and is now a key figure for many African directors channelling their continent’s expressive force.

We are organising this seminar to open filmgoers’ eyes to Mambéty’s life and work. We shall explore his positions and the content of his films, and examine how he freed himself from the usual narrative codes. We shall also look at the context for creating and producing films in Senegal that he both formed part of and distanced himself from.

The baton has now been picked up by Mambéty’s niece, Mati Diop, whose most recent film showed her to be a committed artist in her own right. By exploring these two filmmakers we aim to shed some light on the evolution of Senegalese cinema and its links to up-and-coming forms of audiovisual production in Africa.

Djibril Diop Mambéty (Senegal, 1945 – France, 1998) was an exceptional African filmmaker—the only one of his generation to forge a personal, radical and committed style. Despite only making a handful of films, he won international acclaim for his bold experiments with filmmaking techniques, his original mise-en-scène and his highly unconventional narrative style for exploring African realities.

Mati Diop (Paris, 1982) is a filmmaker and actor. She has made several shorts, including Atlantiques and Big in Vietnam, which both won the Tiger Award at Rotterdam Film Festival. She made her acting debut in Claire Denis’s 35 rhums and in 2013 she starred in Antonio Campos’s Simon Killer. She is also Djibril Diop Mambéty’s niece and in 2013 she made Mille soleils, a contemporary dialogue with Touki Bouki.

In bold, films screened at l’Alternativa 2014

Michel Amarger (Montpellier, 1957) directs documentary and popular science films. He also works as a journalist for Radio France Internationale. A specialist in film and audiovisual media, he writes for cultural magazines and film reviews such as Écrans d’Afrique and Écrans Nord-Sud. He has published work on Djibril Diop Mambéty and Cilia Sawadogo and helped manage film promotion associations, including Racines Noires. He set up Afrimages in 2004 and works closely with the Africiné film critique network.

This activity ties in with the parallel section Djibril Diop Mambéty / Mati Diop.